END_OF_DOCUMENT_TOKEN_TO_BE_REPLACED

On 17 December 1938, chemists Otto Hahn and Fritz Strassmann discovered nuclear fission at the Emperor Wilhelm Institute in Berlin. On 16 July 1945, American scientists, building on Hahn’s research as part of the Manhattan Project, detonated the first nuclear weapon in Jornada del Muerto, New Mexico. In less than a decade, the nuclear age had become a reality. By 1958, the world’s first full-scale nuclear power plant came online at Shippingport, Pennsylvania.

At this point, the world seemed ready to enter a new age of abundant energy – all fuelled by this incredible new power source. It was a moment when it felt as if science was leading the way forward, towards a more prosperous, technologically advanced future, unconstrained by the failed political ideologies of the past. American sociologist Daniel Bell even heralded ‘the end of ideology’ in a book of the same name, published in 1960.

Bell and others could not have been more wrong. New ideologies simply took the place of the old. In the late 1960s, new political movements, driven mainly by students, emerged throughout the West. These started to question the gains of technological progress, the authority of science and man’s aspiration to master nature. And they were almost invariably aggressively opposed to modern sources of energy production, from fossil fuels to nuclear power. These new social movements culminated in the formation of Europe’s Green parties.

END_OF_DOCUMENT_TOKEN_TO_BE_REPLACED

The empirical evidence is just not there for the ‘trickle -down theory or the Laffer curve. Analysis published in 2012 by the Congressional Research Service found that reductions in top tax rates were not correlated with economic growth  Instead they were much more associated with rising income inequality. A 2012 study by the Tax Justice Network indicates that wealth of the super-rich does not trickle down to improve the economy, but it instead tends to be amassed and sheltered in tax havens with a negative effect on the tax bases of the home economy.  A 2015 paper by researchers for the International Monetary Fund argued that there was no trickle-down effect as the rich get richer: “[I]f the income share of the top 20 percent (the rich) increases, then GDP growth actually declines over the medium term, suggesting that the benefits do not trickle down. In contrast, an increase in the income share of the bottom 20 percent (the poor) is associated with higher GDP growth.”

END_OF_DOCUMENT_TOKEN_TO_BE_REPLACED

The UK government’s economic policies under new PM Liz Truss have caused a stir among, not only leftists, but also among mainstream economists.  The new government says the solution to the stagnation and failure of British capitalist production is to cut taxation on the rich and on big business.  The extra income flowing to them will then be available to boost investment and spending that can deliver economic growth.

This is a reversion to a very old idea in neoclassical economics: trickle-down economics.  The term “trickle-down” originated as a joke by humorist Will Rogers  which he used to criticize economic policies that favoured the wealthy or privileged while being framed as good for the average citizen.

Trickle-down economics is often seen as part of what economists call ‘supply-side economic policies’ which argue that it is failures in production, not demand that is the problem for capitalist production…

“Chancellor of the Exchequer Kwasi Kwarteng last week set out an unfunded £45 billion tax giveaway, on top of an energy bill rescue plan costing over £100 billion across two years, with no details on how to balance the books. The plan sparked a run on the pound and sent market interest rates soaring.

Cuts to benefits, infrastructure projects and departmental spending totaling up to £47 billion ($52 billion) will be needed to bring the national debt under control, comparable to the austerity Osborne imposed during the financial crisis, the Resolution Foundation said. Bloomberg Economics projected the cuts may even need to exceed Osborne’s since borrowing costs have rocketed following the backlash against Truss’s package of tax cuts.”

“If there was no intervention today, gilt yields could have gone up to 7-8 per cent from 4.5 per cent this morning and in that situation around 90 per cent of UK pension funds would have run out of collateral… They would have been wiped out.”  So says a UK bond trader yesterday.

A liquidity crisis erupted in British bond markets after the announcement by the new right-wing Conservative government that it would spend up to £60bn to maintain and energy price cap for householders for up to two years, subsidise business energy costs AND also cut corporate and income taxes.  The total hit from this largesse (mainly to the rich) to the UK public debt level over the next few years has been estimated at over £400bn or nearly 20% of GDP.  With UK public debt already at 100% of GDP, that sounded the death knell for the UK…

Pres. Biden: "If Russia invades…then there will be no longer a Nord Stream 2. We will bring an end to it."

Reporter: "But how will you do that, exactly, since…the project is in Germany's control?"

Biden: "I promise you, we will be able to do that." https://t.co/uruQ4F4zM9 pic.twitter.com/4ksDaaU0YC 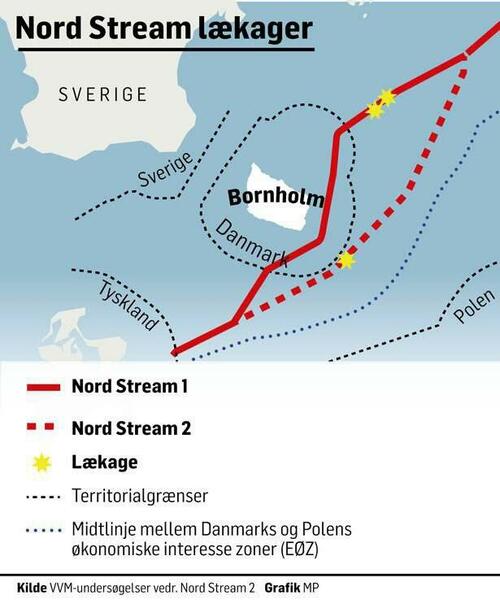 END_OF_DOCUMENT_TOKEN_TO_BE_REPLACED

The late Joze Mencinger was the dominate voice in the privatization debates of the early 1990s arguing for pragmatism and gradualism as opposed to the shock therapy approach. Yet other smears are sometimes associated with his name, so now that he is no longer with us, I would like to set the record straight. The shock therapy approach advocated by the World Bank and other major western development advisory institutions (“The Washington Consensus”) was implemented in its purest form in Russia with devastating results for most of the population and with the creation of a domineering class of oligarchs and tycoons. We feel the repercussions today in the Russia’s Putin-fueled resentment against the West.

But there were opposing voices such as the World Bank’s Chief Economist, Joseph Stiglitz, who suggested that the shock therapy approach was a major error (“Whither Reform”, 1999 [Full disclosure: I was Stiglitz’s speechwriter]). The shock therapy approach did not fully prevail in Slovenia in spite of the intervention and advocacy by Jeffrey Sachs in 1991 in opposition to the Mencinger (or Korze-Mencinger-Simoneti) draft law on internal privatization. I was the American consultant to the Mencinger team concerning the US model of employee ownership, the Employee Stock Ownership Plan or ESOP. The Sachs approach tried to detach workers from ownership claims in their own enterprise in favor of certificates tradeable for shares in investment funds or the stock market.

END_OF_DOCUMENT_TOKEN_TO_BE_REPLACED

President Vladimir Putin is moving to turn the narrative of his war in Ukraine on its head as sham referendums end today in four regions occupied by Russia.

The results are a foregone conclusion. They’ll pave the way for Putin to annex the areas as soon as this week and recast the invasion as a war in defense of territory he defines as Russian.

The implication is they’ll be covered by Russia’s nuclear umbrella, underlining Putin’s threat that he’s willing to use all available weapons to achieve his goals.